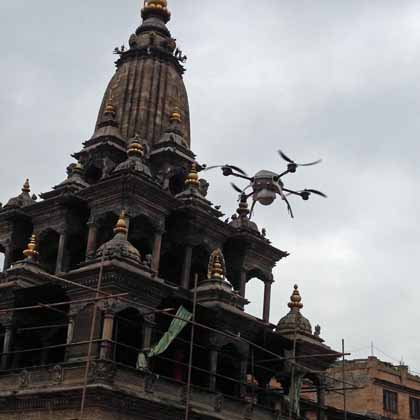 Aeryon's sUAVs were instrumental to mapping regions of devastation to help GlobalMedic relief workers. Aeryon's SkyRanger sUAV was also deployed by helicopter to a remote region in Nepal and assisted in trying to find the US Marine helicopter that crashed on May 14. (GlobalMedic) 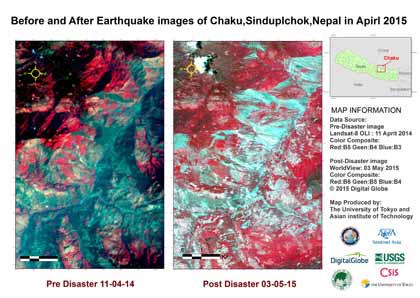 Before and after earthquake images of Chaku, Sindhupalchowk, Nepal. (DigitalGlobe) 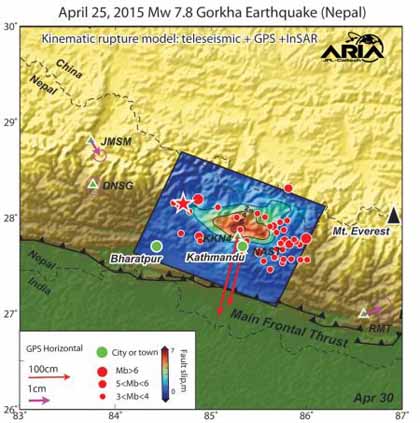 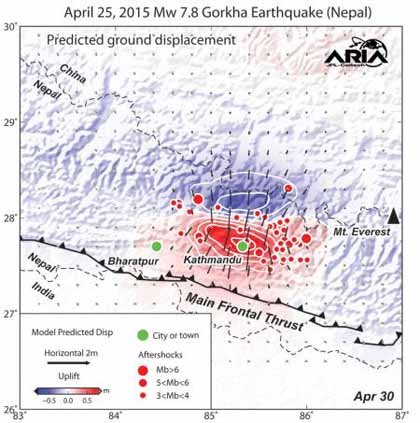 Top image: The modeled slip on the fault is shown as viewed from above and indicated by the colors and contours within the rectangle. The ground motion measured with GPS is shown by the red and purple arrows, aftershocks are indicated by red dots.

Bottom image: Color represents vertical movement and the scaled arrows indicate direction and magnitude of horizontal movement. Aftershocks are indicated by red dots. The barbed lines show where the main fault reaches Earth's surface. The main fault dives northward into the Earth below the Himalaya. (NASA/JPL-Caltech) 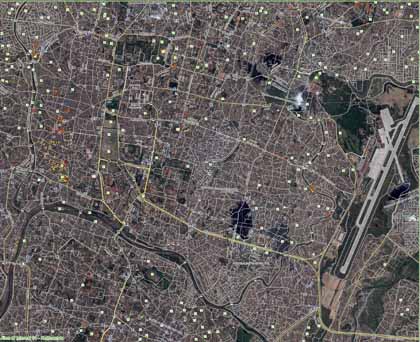 Satellite imagery is used to create maps to support relief efforts, such as this ‘grading map' of Kathmandu showing topographic features and crisis information. The map is based on imagery from the WorldView-3 satellite acquired on 28 April. (ESA) 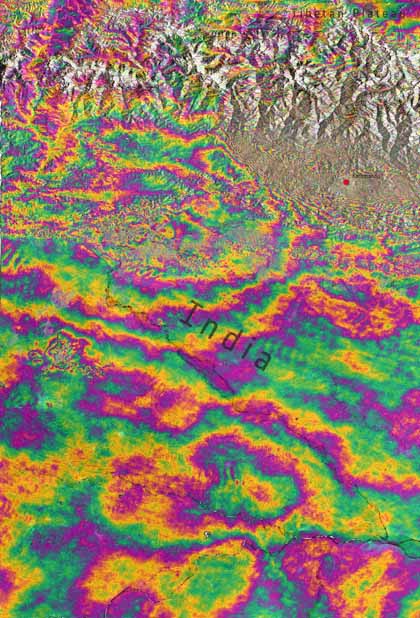 Combining two Sentinel-1A radar scans from 17 and 29 April 2015, this interferogram shows changes on the ground that occurred during the 25 April earthquake. An overall area of 120x100 km has moved; half of that uplifted and the other half, north of Kathmandu, subsided. (Copyright Contains Copernicus data (2015)/ESA/Norut/PPO.labs/COMET-ESA SEOM) 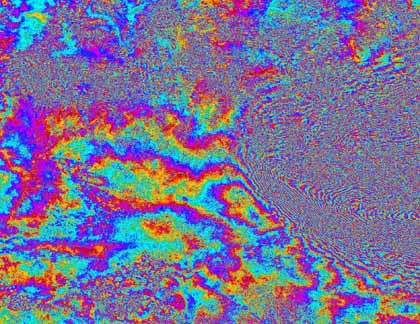 Interferogram over Kathmandu, Nepal, generated from two Sentinel-1A scans on 17 and 29 April 2015 -- before and after the 25 April earthquake. Each ‘fringe' of color represents about 3 cm of deformation. The large amount of fringes indicates a large deformation pattern with ground motions of 1 m or more. (Copyright Contains Copernicus data (2015)/ESA/DLR Microwaves and Radar Institute/GFZ/e-GEOS/INGV-ESA SEOM INSARAP study) 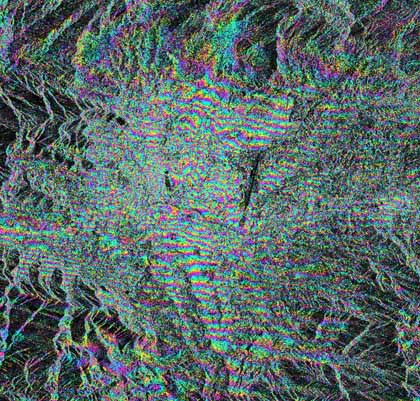 Links to organizations mentioned in the article