Volunteers from industry and research labs across the USA visited Congressional offices this week to urge support for key issues related to photonics technologies and R&D, on behalf of the National Photonics Initiative (NPI). Supported by NPI Founding Partners SPIE and OSA, the 26 volunteers, ranging from undergraduates and technicians to senior executives and professors, visited 51 offices with their message.

"Contrary to popular opinion, lobbying congress is an intellectually demanding but athletically enjoyable activity," said SPIE Member Kyle Drexler who was among the volunteers.

"My hope for the outcome of this event is that we were able to raise a greater awareness about the photonics industry and its role in our society within our government," said Drexler. "More specifically, I hope they will see the need to support funding for secondary and post-secondary education programs in photonics to better support the growing needs of our nation while also supporting the current needs of the industry though the IMIs."

To further illustrate the importance of photonics technologies, the NPI collaborated with the Directed Energy Professional Society in a high-power lasers display in the Rayburn House Office Building foyer.

"The science and technology of light is central to many other branches of study, from biomedicine to security and defense," said SPIE President Robert Lieberman who also participated in the event. "Because of this, and because light is inherently attractive and easy to understand, our teams received a warm welcome in Congressional offices as we fanned out across Capitol Hill.

"Working with teams from other societies participating in the National Photonics Initiative," Lieberman added, "we reinforced the need to focus attention, and resources, on these critical areas." 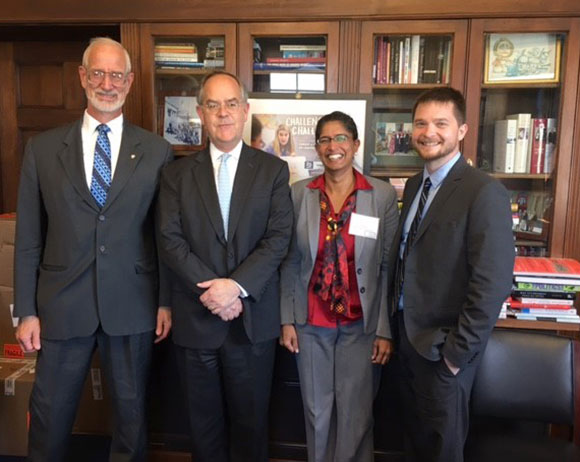 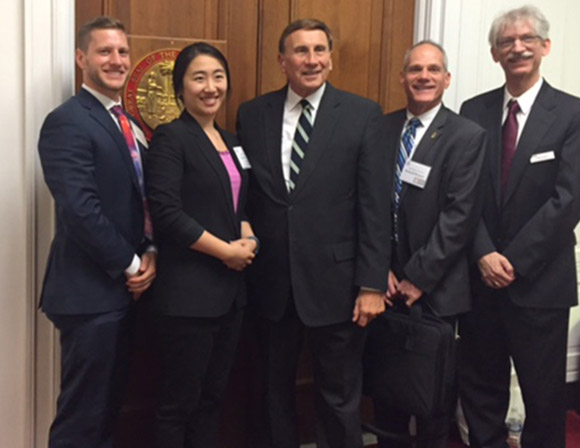 A team of 26 volunteers from the SPIE optics and photonics community made over 50 office visits during Congressional Visits Day.