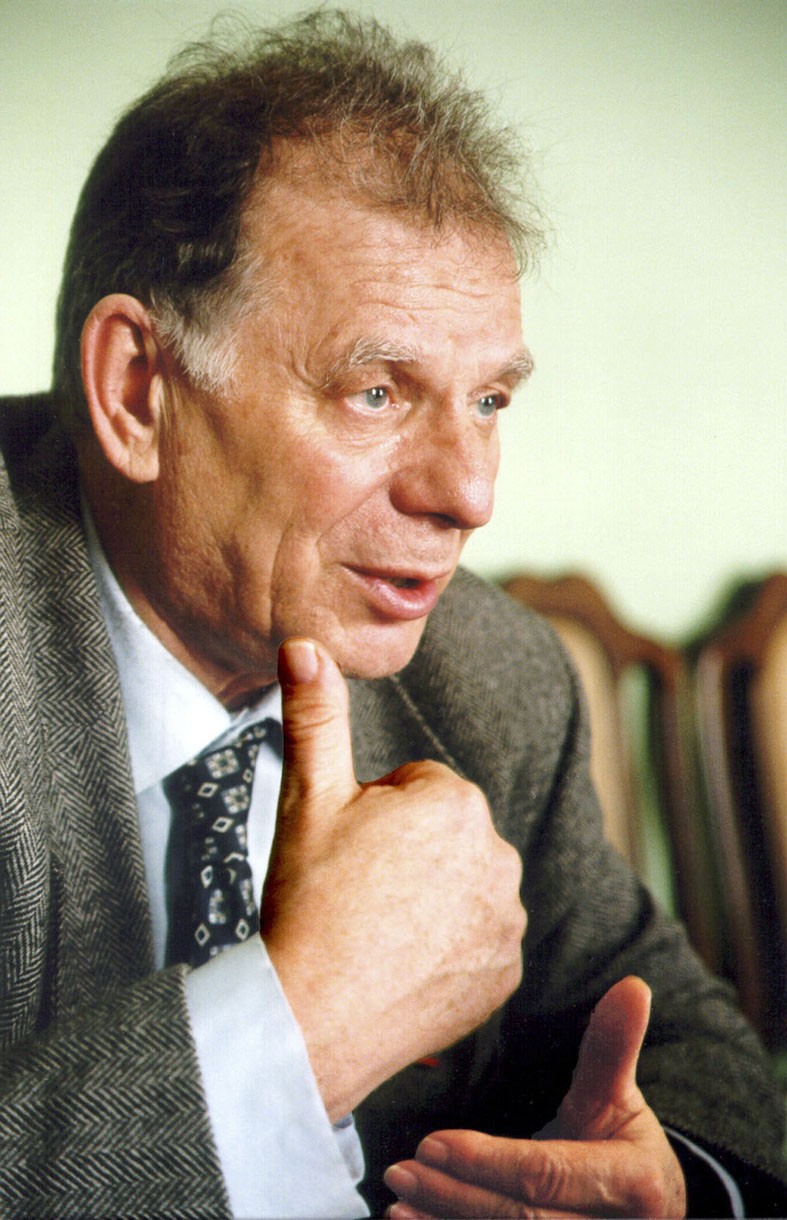 Alferov pioneered the creation of semiconductor lasers, which led to a vast number of applications including DVD players and mobile phones.

He is perhaps best known for winning the 2000 Nobel Prize in Physics - which he shared with American physicists Herbert Kroemer and Jack S. Kilby - for developing a type of semiconductor that effectively revolutionized mobile and satellite communications. Working separately, the three scientists pioneered the development of the so-called "heterostructure semiconductor."

The development of heterostructure lasers and heterotransistors based on combined materials, led to the later success of LED screens, optically read disks, and the fiber-optic technology of cellphones.

In 2008, Hermann Grimmeiss of the Royal Swedish Academy of Sciences, which awards the Nobel prizes, noted that, without Alferov, "it would not be possible to transfer all the information from satellites down to the Earth or to have so many telephone lines between cities."

In 2002, he was awarded the SPIE Gold Medal, the highest honor the Society bestows.

"The impact of Alferov's invention and development of semiconductor heterostructures has been enormous, increasing volume and speed of information flow, and laying the groundwork for modem information technology," wrote Donald O'Shea of Georgia Tech in his nomination letter for the award. "His 2000 Nobel Prize was acknowledgment of the importance of his work."

Alferov was featured for winning the Gold Medal in SPIE's OE magazine, which noted his early intrest in science: "He read his first book about physics, Solar Substance, by Matvei Bronshtein, when he was only 10 years old. 'The book was about the discovery of helium,' says Alferov. 'Bronshtein worked for the Ioffe Institute, and at 31 he was executed as ‘an enemy of the people' in 1937. Books by ‘enemies of the people' were destroyed in libraries, and my mother, who worked in a library at that time, could not do this and brought them home.'"

When he won the Nobel Prize, Alferov was director of the A.F. Ioffe Physico-Technical Institute in St Petersburg. He would later become chairman of the Russian Academy of Science's nanotechnology committee.

Alferov was awarded several honors such as the Lenin Prize in 1972, the USSR State Prize in 1984, and was made an Order of Lenin in 1986 - the highest civilian distinction that was bestowed by the Soviet Union. Alferov was also a fellow of the Institute of Physics.