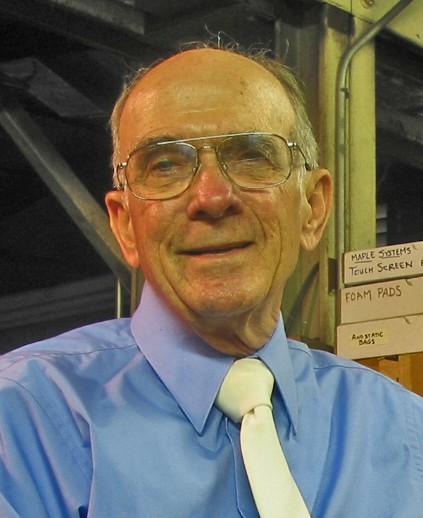 Chaser of photons, clouds, adventures, fun, smiles, and laughter — defender of all that is good — SPIE Fellow Joe Lones passed away unexpectedly on 12 January at age 85.

Early in his professional life, Lones was a founder of the San Diego chapter of SPIE. He recalled the first meeting where they had to scrounge for tables and chairs because more people showed up than expected. Now called SPIE Optics + Photonics, the annual convention is still held in San Diego.

After serving in the military, Lones began his engineering career at Aerojet-General in Sacramento, California where he was a test engineer on the Polaris and Minuteman missile programs. Leaving Sacramento, he joined a high-school classmate for a six-month adventure exploring Mexico on motorcycles.

After the motorcycle trip he accidentally landed permanently in San Diego working at the Scripps Institute of Oceanography Visibility Laboratory designing, assembling, and taking to sea and orbital space a multitude of optical instruments and cameras. During his time at Scripps, Lones also participated in post-graduate studies in optical technology at the University of Rochester.

Lones' experience at the Vis Lab became the foundation for starting his own research instrument company in 1968, Adroit Engineering, which he continued to lead until a few months before he passed away. From Adroit's headquarters in Point Loma, Lones continued developing optical systems for airborne and orbital space platforms, underwater cameras, high-speed instrumentation cameras, image processing, and machine vision metrology.

The Vietnam and the Cold war eras produced significant funding for his company, but the real fun was designing and building a huge underwater camera for the Disney "Circle Vision" Theater. The Disney camera rig was leak tested in an underwater zero-G pool at General Dynamics.

In his words, "It is hard to imagine the good fortune of being paid to have so much fun! ... And that is the way it has been, from Scripps to now." His work at Adroit extended to instrumentation for production and quality control in such diverse industries as cosmetics, golfing, bicycle tires, and automotive headlamp-beam alignment.

Toward the end of his career, Lobes promoted science education for K-12 via the "Magic Show of Light," where making science fun was his focus.

In Joe's words, "it has been my good fortune to travel life's roads offering vast opportunities for learning and adventure."

In lieu of flowers, donations may be made to the Lamb's Players Theater.