A career spanning more than 50 years in optics is condensed for the benefit of today's engineers.

For several years now, as part of the SPIE Optics + Photonics symposium in San Diego, lead engineers and managers have presented lessons they have learned to help us all avoid repeating the errors of the past. On 14 August 2012 we held a night session with a few selected papers. Bob Breault and Steve Fantone spoke, as did Joe Houston. These talks also provided a wealth of historical information that, because of the size of the papers (in this case ~ 100 pages), doesn't fit into the standard format of the conference Proceedings.

We wanted to be sure this information wasn't lost, and so at times we may make this type of material available to all of our members as a free download, and thus a link to Joe Houston's paper is provided here. 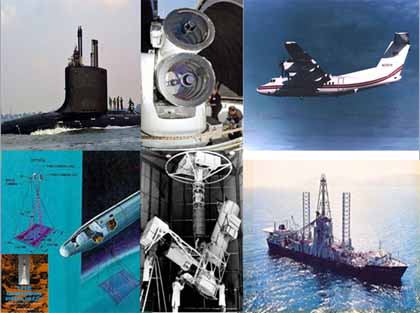 Joe Houston began his work in optics when he was the first and only undergraduate in Astronomy at the University of Texas, graduating in 1956. He served as a Corps of Engineers Group Aviation Officer in Korea, and while stationed at Fort Ord, California, he taught the first astronomy course offered at Monterey Peninsula College in 1961. He left the Army as a Captain with the designation of Senior Army Aviator, and joined industry; working at Perkin-Elmer, Itek, Diffraction Limited and Kollmorgen, and while in the Boston area earned a master's degree in Engineering Management from Northeastern University.

Eventually Joe sought the warmer climate of San Francisco and became a vice president of Itek's Applied Technology Division. In 1981, he formed Houston Research Associates, and later, Houston Technology International, Inc. and SoftCam, Inc. As a consultant to date, Joe has served over 200 companies, 3 research institutes, 3 universities, 6 government agencies, and the Office of the Undersecretary of Defense for Research and Engineering. He has over 200 technical publications, has served as an Associate Editor for SPIE and has edited an Optical Systems Manufacturing Technology column for Optical Engineering. He's a past President of the New England Section of the OSA and co-founded the OSA's Optical Fabrication and Testing Group.

Joe joined SPIE in 1974 as Program Chairman, served as President in 1978-79, was elected a Fellow, and was the first chairman of the Technology Transfer Committee. Joe's patent awards range from the Laser Unequal Path Interferometer, to a Fingerprint Identification Device to the TIME Tool. He was the recipient of the SPIE Goddard and President's Awards as well as the U.S. Army's Outstanding Civilian Service Medal for significant contributions to the U.S. Army Intelligence and Security Command. In his paper, Joe details 11 episodes illustrating Lessons Learned and their reduction to practice covering interferometry, computer-assisted optical surfacing, the U.S.'s first spy satellite project (Corona), a naval periscope, the CIA's Glomar Explorer project (Azorian), and other adventures. From drones to Star Wars, through new ground-based telescopes, Joe provides interesting insights, including a years-past confrontation between SPIE and the Defense Department. We hope you enjoy Joe's paper.

The next Lessons Learned Session will be held during the 17-21 August 2014 Optics+Photonics symposium in San Diego. Abstracts are due 3 February.

"An Optical Believe It or Not: Key Lessons Learned III" call for papers