The cost and availability of these important materials have had their ups and downs. The optics industry is using several strategies to make sure future needs are met.
09 January 2012
Ford Burkhart

Self-sufficiency in critical rare-earth supplies is the goal of photonics and optics leaders after the 2011 rollercoaster ride of pricing combined with fear of cutoffs or cutbacks in availability.

Before the episode, many users of rare earths elements, or REEs, said they had no idea where their own REE products were mined, and were unaware that the world was largely dependent on a single country, China, for something so critical to so many countries.

Products dependent on REEs include wind turbines, batteries for hybrid vehicles, lasers and optical fibers, polishing compounds for lenses, and many other military and clean-energy applications.

The crisis appears to have eased in late 2011, but the prior 18 months taught the world a strong lesson in how dependence creates vulnerability. "It absolutely was a wake-up call," said James Sydor, president of Stefan Sydor Optics Inc. and board member of APOMA, the American Precision Optics Manufacturers Association.

The price of many REE products multiplied to five or six times the 2010 levels after China announced export restrictions on the 17 REEs -- in particular cerium oxide, used in polishing high-precision optics. One U.S. firm said that for a few months it had feared a shutdown of production lines. 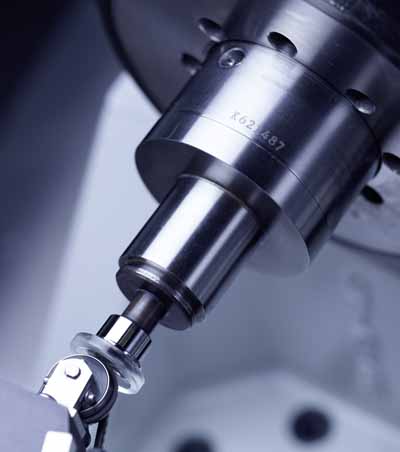 As of now, China seems not to want to set new quotas or halt the export of REEs but is expected to limit exports to current levels.

Meanwhile, here are some of the responses by the photonics and optics industry and others to the shock waves of 2011:

Redesign of products and processes: Suppliers began feverishly working with customers to develop alternate processes to avoid REEs, and producers set about redesigning products to reduce use of REEs, for example, testing ways to substitute zirconium-based compounds for cerium oxide.

At Edmund Optics, Jeremy Chang, the Managing Director for China and Executive Vice President for Asia Operations, said by e-mail, "Our R&D team has considered and started replacement of various types of optical glass materials."

He said major raw glass makers, like Schott in Germany, Ohara and Hoya in Japan, and CDGM Glass, which is based in China, were researching and designing new glass materials alternatives with the same technical specifications as REEs.

Other industries, like semiconductors, magnets, and lasers, are following suit, investing in R&D to find alternative source materials.

Alternative solid-state laser technologies offer one promising area, says Marcius Extravour, a PhD in physics who studied REEs as the 2010-2011 SPIE/OSA Arthur H. Guenther Congressional Science and Engineering Fellow in the office of Senator Jeff Bingaman, chairman of the Senate Committee on Energy and Natural Resources.

But in general, the electronic structure of the 17 REEs makes them ideal candidates to meet design goals. For magnets, for example, neodymium and samarium can deliver a stronger magnetic field and hold it longer than alternatives. "Where cost and availability were factors in addition to performance, as in polishing, other technologies may be even better positioned in the near term," Extravour said.

Daniel Cordier, who follows REEs for the USGS, said, "For magnets, when you have 10 times the magnetic strength, there's no alternative. Three things about REEs: They're not rare. They don't recycle. There are no substitutes. To replace them, you may have to move down the technology ladder."

"We are working to replace our cerium oxides," said Jay Kumler, president of JENOPTIK Optical Systems Inc. and current president of APOMA. "There are other options but the problem is they would increase the polishing time."

Alternate materials often bring major cost  increases. For many projects, use of a specific material during manufacture is "designed in," and to redo the design would result in months of lost time and re-qualification. 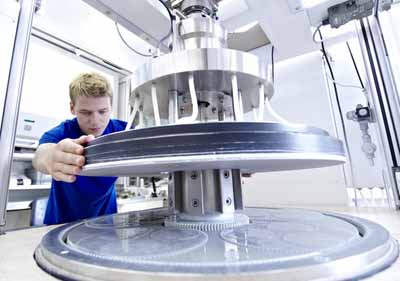 Moving toward recycling: Optical components are rarely reused, but recycling is gaining attention of policymakers in Japan, Germany and the US. At least one company, Sydor, has created recycling stations to recapture its cerium. "The price is a little cheaper, and I'm happy with it," said Sydor. "Why throw it down the drain?" His firm used a pail a month 30 years ago, and now uses a pail a day.

Recycling has well known obstacles. Transportation of used slurry is expensive and becomes cost-prohibitive beyond a short distance from the recycling plant.

"Elimination of contaminants from the recycled material is probably the biggest issue," said Richard Nastasi of Universal Photonics.  Some types of glass don't work well together, and assuring the end user that they have been totally cleaned out is difficult. "Additionally, we are dealing with very small particles of cerium, 10 to 100 times smaller than the thickness of a human hair," Nastasi said. "It becomes very difficult to leave those particles in during recycling and take out the glass that has been abraded away during polishing."

Stockpiling: Many companies say they are constantly monitoring inventory levels, usage, and availability to keep the right mix of product available. Many are anticipating possible shortages by trying to build up inventory of certain rare-earth glass materials and polishing powders, said Chang, of Edmund Optics China. He said Edmund Optics has had an operation in China since 1994 and is expanding its list of local suppliers there. He said major glass materials makers are also considering moving their glass-melting processes into China.

Nastasi said Universal Photonics tries to protect customers by collecting as much product as possible, "from any reliable source." The company sources many different types of cerium from a variety of suppliers,  but the roots of their supply all trace back to China, he said. "In this instance, it is impossible to have a truly diverse supplier base."

Exploration for new sites: It was a hot topic in 2010, but new mines take years to produce so the impact is unclear. One existing mine in Mountain Pass, California, operated by Molycorp Inc., suspended operations in 2002, but has been modernizing and rebuilding its facility and expects to ramp up production to about 22,000 tons of rare earth oxides a year.

Some experts predict other dormant or greenfield (built from scratch) mines will open eventually in the US, Canada, Australia, and South Africa.

Lobbying policymakers: Optics companies are stepping up lobbying of Washington officials, making the case that cerium oxides are essential for optical sensors in military aircraft, and in various military and other defense-related buildings and sites.

However, Richard Nastasi cautions that the photonics industry is made up of thousands of smaller companies and their ability to speak with one voice is limited.

Nastasi said amendments added to the US defense bill aim to boost domestic reserves of REEs. "However if you read them you'll see that one requires the Defense Logistics Agency  to develop a plan that the Secretary of Defense can decide to implement or not," he added, "and the other requires the Defense Secretary to report to Congress on the feasibility of recycling. So 18 months or so after the crisis began, the government had decided to study it."

He echoed the views of other optics leaders saying that when any country controls 97 percent the supply of a material that is vital to the national defense, the US should have a stockpile of that material to draw from in times of crisis, similar to the strategic petroleum reserve. "I would urge Congress to immediately begin purchasing and storing key REEs," Nastasi said. "More study is not needed."

The 2011 US Defense Authorization Act called for the Secretary of Defense to assess the REEs that are critical to military equipment and subject to interruption of supply, and report to Congress, with the Defense Logistics Agency as the lead agency. The Strategic Materials Administrator is mandated by the 2012 act to study establishing an inventory of REEs to ensure their long-term availability.

The 17 rare earth elements are fairly abundant. Cerium ranks 25th among the 78 elements in the Earth's crust. They form a block in the periodic table, including two transition metals and 15 lanthanides. Today China, which the USGS says has about half of global reserves, produces about 96 percent of the world's supply.

The USGS says the US has about 12 percent of the world's reserves, some 13 million tons of REEs in 14 US states, mainly in California, Alaska and Wyoming. The US had been the dominant producer of REEs until the 1990s when China began a drive for more exploration and mining. By 2010, the USGS said, rare earths were not being mined in the US.

The USGS reported that production from Chinese mines accounted for about 132,000 tons of the 137,000 tons of rare-earth oxides produced globally in 2009, and India, Brazil and Malaysia produced the rest.

In 2010 a dispute between China and Japan was followed by a cutoff of China's exports to Japan, and later its exports to Europe and North America were restricted as well. That year cerium metal prices rose from around $10 per kg to $50 per kg by December. Prices of other REEs also soared. Price impacts were felt all along the chains of supply for optical components and other products.

Looking to the future, Jeremy Chang expects the global supply of REEs to be back to normal with a few years, with prices stabilized at "a reasonable level," he said.

"But one should not expect that the future prices will eventually come back down to the previous level when they were exported without limits out of China," he added.

As the 2010 crisis unfolded, at least one optics polisher showed a sense of humor. It put a sign on five-gallon containers of cerium polish that said, "This bucket costs $4,000."

Ford Burkhart is a science and technology writer based in Tucson, Arizona.