Hotel and travel information for Glasgow

Information to help you make travel and hotel accommodations

Glasgow is one of the most exciting cities you'll ever come across, a lively, bustling place, distinctive and full of character, where you are bound to get a very warm welcome indeed.

This is a city with striking architecture, contemporary art spaces and fascinating museums, many of which are free. Glasgow city centre is one of the best shopping destinations in the UK, outside of London's West End, and when it comes to nightlife, Glasgow knows what it's doing. With a diverse culinary scene, abundance of pubs and bars as well as some of the UK's best music venues, this is the city for the night owls.

Reserve your hotel room in SPIE-contracted hotels for discounted rates. Attendees receive discounted convention rates by reserving their hotel room through the official housing reservation system for SPIE Space, Sattelites + Sustainability. See all your options and booking links below. 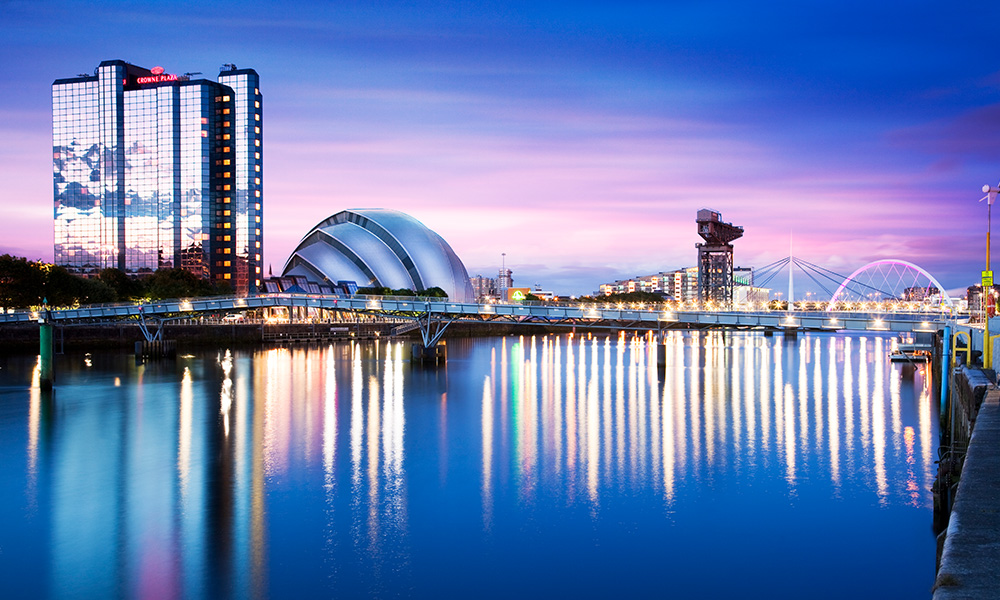 Getting there and around

Enjoy your time in Glasgow this September. Read below for more information about getting around the city, including information on: 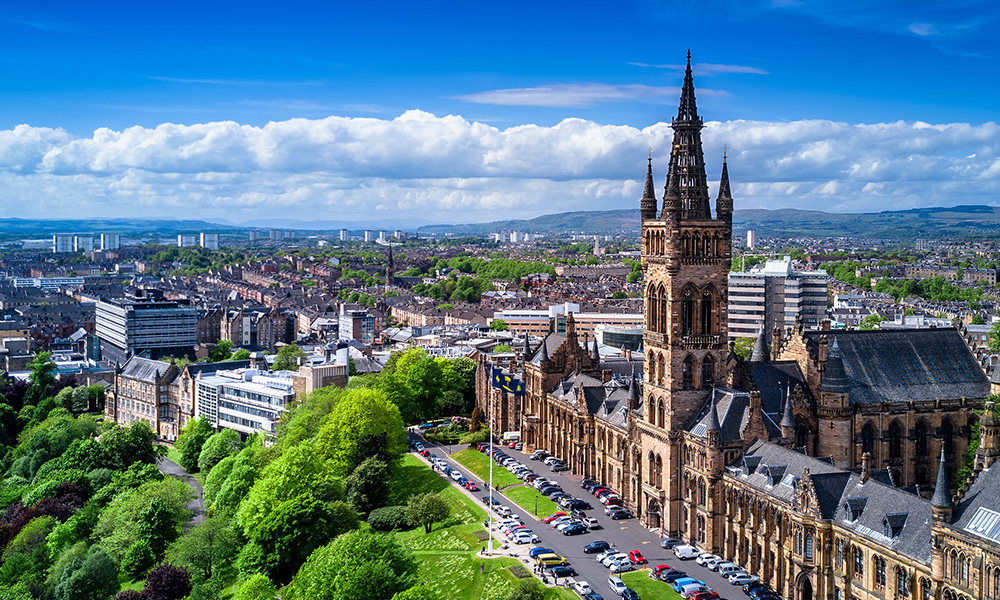 Glasgow is served by three international airports, with connections across the world.

Glasgow International Airport (GLA) is located just eight miles (13 kilometres) west of Glasgow City Centre and services over 130 direct flights from many UK and European cities, including Amsterdam, Berlin, Düsseldorf, Paris, London, Dublin, Belfast, Geneva and Reykjavik as well as Dubai with its connections onwards to Asia and Australasia; and major cities in The US and Canada.

Glasgow Prestwick Airport (PIK) is 32 miles (51km) South West of the city. It's the main base for Ryanair and serves European destinations.

Edinburgh Airport (EDI) is 39 miles (63km) from Glasgow and serves most major international airlines. You can get to Glasgow from the airport by either bus, train or taxi.

Glasgow International Airport: These are some of the most common connections. More information can be found at Scotland's public transport information website: Traveline Scotland

Glasgow Prestwick Airport: Getting to Glasgow city centre from Glasgow Prestwick Airport: Prestwick has its own train station, there are three trains per hour on weekdays and the journey to Glasgow Central Station takes around 50 minutes. Alternatively, it's an easy journey to drive via the M77 or there is early morning and late evening express bus service, the X99/X100, which takes an hour. You can book tickets here: Express Bus Service

Glasgow is a port city on the River Clyde in Scotland's western Lowlands. It's famed for its Victorian and art nouveau architecture, a rich legacy of the city's 18th–20th-century prosperity due to trade and shipbuilding. Today it's a national cultural hub, home to institutions including the Scottish Opera, Scottish Ballet and National Theatre of Scotland, as well as acclaimed museums such as the Charles Rennie Mackintosh House, and a thriving music scene. Over the last 20 years, Glasgow has also developed a great reputation for its vibrant gastronomic scene, having embraced the flavours and cuisines of the many nationalities who have made their home there. Visitors can “dine their way around the world,” choosing from native Mexican, Asian, Indian, Italian, Spanish, Portuguese, African and American influences.